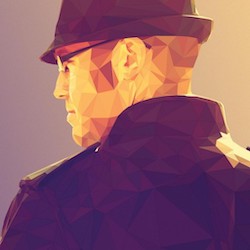 I grew up in 6 cities in 5 different states across the U.S. In my diverse experiences I picked up an insatiable drive to build and create things. Dismantling toys and building new computers with my dad, I grew to love tinkering with mechanical objects and learning how complex systems work.

I fondly remember playing Contra and Tecmo Bowl with my best friend, talking about how cool it would be to actually make games. At the same time, I started to develope a strong appreciation of the aesthetics of art and music through years of art and music training.

I began my UCF career as a student seeking a combination of these pursuits. Digital Media was the best place to meld art, and computer science together. Whil in school, I realized I needed a practical outlet to really learn the skills I was excited about, so I started a web development company. We built sites and shopping carts for friends and members of the automotive community I belonged to. This company would later grow to be a fairly serious home for numerous side projects.

As a freshman, I joined The Center for Distributed Learning (then named Course Development & Web Services) as a part-time Techranger. At that time, the job mostly consisted of text to HTML conversion, so I jumped at the chance to join a brand new team named New Media.

New Media pursued building new, enticing software interfaces and experiences. We built games for courses, applications to manage those games, UCF's virtual tour, and UCF's campus map. To scale the effectiveness of our work, we started building systems to enable UCF faculty to customize and build their own content. That project started as "GameServ", later renamed to "Kogneato", and finally our current (and trademarked) name: Materia.

After graduation I joined New Media as a full time software developer and continued to mature along with the team. Our culture, technology, and of course, the software begain to gain more and more polish. In 2016, we merged all software development at CDL back into one team; Learning Systems & Technologies. This team is now the home of the Techrangers®, brining me back to my beginnings.

Now, I'm a senior developer on the team, working with a very diverse group of developers and playing with all sorts of cool tech. The Techrangers® have never been better, and we're always striving to make this the best place in Orlando to start a software development career. It's a really enjoyable place with some very talented people building important, socially responsible projects.